When an employer fails to pay you everything you are owed, it can create a feeling of powerlessness. After all, rocking the boat could result in getting fired, but doing nothing could make it hard for you to survive. This is especially true for the millions of Americans who work at minimum wage levels. With little disposable income and a wide gap in bargaining power, what options do you really have available for fighting with an employer who has not paid you?

Fortunately, under the Fair Labor Standards Act (FLSA), all employees must be paid at least the federal minimum wage of $7.25 per hour. This federal law protects employees from unfair labor practices and unpaid work. Yet, some employers still, either by mistake or intentionally, attempt to pay their workers less than minimum wage. This may include employees forced to work "off the clock," tipped workers who do not receive the federal minimum between tips and hourly rates, or day laborers cheated out of proper pay.

One of the most common situations in which an employer fails to pay adequate minimum wage occurs in the realm of tipped labor. Usually applicable to food servers, bar tenders, and busboys, federal law requires that an employer must pay a minimum wage of at least $2.13 per hour (some states have an even higher minimum). However, an employer can only pay this lower amount if the employee's tips would bring their total pay up to the $7.25 per hour minimum per hour for an 8 hour shift.

Off the Clock Work

Another common cause of disputes over unpaid minimum wages involves so-called "off the clock" work. In this situation, an employer either allows or—more commonly—forces an employee to continue to work beyond regular hours without compensating the person for that time. Often, this is done as a disciplinary measure.

The FLSA prohibits this practice. Employees must be paid for all work-related activities. This does not just include time spend on the actual job, but also related activities such as meetings, training sessions, putting on and taking off protective gear and clothing, booting up computers, cleaning equipment, mandatory retreats, taking short breaks (between 5 and 20 minutes), participating in performance evaluations, etc. Some employers attempt to use these procedures to reduce an employees pay or even prevent overtime, and such practices are not permitted by law.

Another common example of underpaid work occurs in the day labor industry. Day-rate employees work each day for a set amount. These employees are usually temporary and often engaged in manual labor. Some employers hire these workers at rates that fall below minimum wage or work the employees for longer than ordinary hours such that the rate paid for a day of work equates to less than $7.25 per hour for the day. Regardless of the structure of the pay arrangement, day laborers, just like regular employees, are entitled to receive at least a minimum wage for the hours they work, especially if that means a 12 or 16 hour day.

Another common issue that leads to employees receiving less than minimum wage occurs when an employer requires workers to pay out-of-pocket expenses for work-related necessities. If an employee must pay for certain necessities, like uniforms, physical exams, or office supplies, then the employees' actual pay to drop below minimum wage. Necessities of employment are the obligation of the employer, and it cannot pass those expenses off to the employees without fairly compensating them.

For many, the cost of fighting a minimum wage lawsuit can be the deciding factor keeping them from taking action. Many fear that an attorney will cost a lot, and since they are already making less than minimum wage, they will not be able to afford to take action. Fortunately, many attorneys that handle these types of disputes will do so on a contingency fee basis, meaning they do not get paid until they achieve a favorable result for you. Many states also have attorney fee provisions built into the minimum wage laws, allowing attorneys to recover their fees from the employer should they prevail at trial. Thus, there is no reason you should allow your employer to get away with paying you less than everything to which you are due under the law, especially if that employer is paying you less than minimum wage. 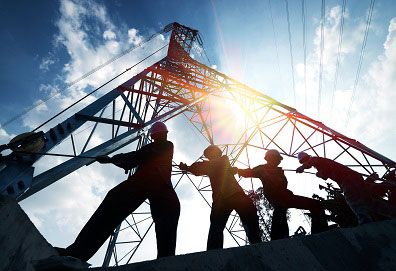 What Are The Landmines For Title VII Discrimination?

Title VII claims bring fear to employers. While many forms of discrimination are very overt, some are more subtle, which often leaves the viola… 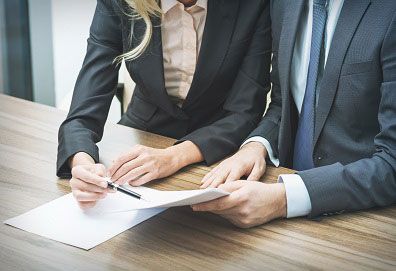 Enforcing a Post-Divorce Modification through the Courts

By the time a divorce is final, most people are ready to be done with the process. The mental and emotional toll of a divorce can be difficult … 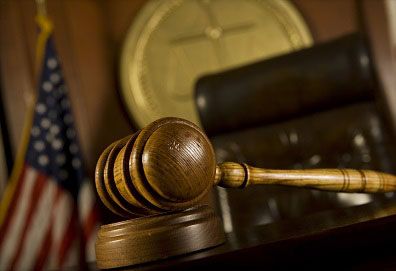 When an employer fails to pay you everything you are owed, it can create a feeling of powerlessness. After all, rocking the boat could result i…