Places Around the World

South America is a natural wonderland – a rich and diverse cultural playground that will sate even the most seasoned traveler’s hunger for adventure. Whether your interests lie in the outdoor terrain of lush rainforests and expansive beaches or in the cities brimming with vibrant nightlife, South America has the experience you seek.

The Amazon: With the largest collection of rainforests in the world and a basin that spans eight countries, there are countless ways to experience the Amazon. Whether you choose a lazy riverboat cruise or an intense hike through the jungle, you’re bound to see something amazing in the most bio-diverse place on earth.

Angel Falls: You need to pass through the small village of Canaima to access Venezuela’s treasure: the world’s tallest waterfall. Angel Falls is a stunning natural wonder regardless of whether you view it from a campground at its base or a six-passenger flight overhead.

Machu Picchu: The lost Incan city of Machu Picchu is probably the most well-known destination in all of Peru. It’s best accessed by train, but the truly adventurous can hike. Give yourself a full day to explore these ancient ruins. The remarkable views and unique architecture will transport you to another time.

A collection of thousands of islands overflowing with incredible food, music, adventure and luxury, the Caribbean allows you to choose what kind of vacation you want to have. Watch the waves roll in as you sip rum by the beach or dive into the turquoise water to take in a colorful underwater landscape.

Colón Cemetery: You’ve never seen a graveyard like this. Situated in Havana, this Cuban landmark is almost a city unto itself. The tombs and marble statues that make up the cemetery are marked by their elaborate design and detail, giving visitors plenty to see as they stroll among the departed.

Arecibo Observatory: For an out-of-this-world experience, the Arecibo Observatory in Puerto Rico offers a firsthand look at the largest radio telescope in the world. The observatory wows with both its retro-futurist appearance, made as famous by its use in the James Bond film “GoldenEye” as its history of scientific discovery.

El Morro: This massive fort rests on the coast of San Juan, which was once a strategic barrier between the harbor’s inhabitants and warring factions looking to seize the land.  It now stands as a vital piece of military history, where visitors can contemplate the past while taking in views of the coast from the fort’s unparalleled vantages.

The past, present and future collide in Europe, where ancient architecture, modern art and forward-looking fashion are often at arms’ length. There’s a lot to see on this massive, dense continent, but don’t become overwhelmed. There’s no right or wrong way to explore Europe. Enjoy it at your own pace.

Venice: A city built on water and cloaked in mystery, Venice is a place like no other.  The Grand Canal, the waterway that functions as Venice’s main passage, takes visitors on an extravagant tour of Venetian architecture, while the many maze-like streets on the city’s periphery offer new discoveries with every visit.

Alhambra of Granada: Tucked away in the center of southern Spain lies this marvel of Moorish architecture – a conduit to palatial luxury where visitors can walk paths lined with flora and fountains. While its walls and ceilings are intricately detailed, the Alhambra is perhaps most remarkable for the ways in which its interiors mingle with the outside world.

Eiffel Tower: No trip to Paris would be complete without a visit to the famed Eiffel Tower. It’s an essential part of French iconography – a fixture of the Parisian skyline that necessitates a stop during any tour of Europe. Ascend to the tower’s third level for a breathtaking view of the city of romance.

With one foot rooted firmly in the past and another in the present, a wide range of experiences marks any visit to Africa. While many parts of the continent have advanced with the modern world, many remain untouched by time. Home to many diverse cultures and species, Africa will show you things that you’ve never seen before.

The Pyramids of Giza: These Egyptian pyramids are a must-see. There’s a reason why The Great Pyramid of Giza, the largest of the three, is one of the Seven Wonders of the World. These constructions are so awe-inspiring that, when viewed head on, visitors may come to understand why some people believe they were built with divine or extraterrestrial intervention.

Nairobi National Park: An ideal place to take in African wildlife. Nairobi National Park, located just outside of Nairobi’s business district, perfectly illustrates the contrasts at play in the second largest continent. Giraffes, lions and black rhinos play as the city skyline hovers in the horizon.

Mt. Sinai: Visiting Mt. Sinai can be a profound experience for Christians, Muslims and Jews who believe it to be the site where God delivered the 10 commandments to Moses. For others, it holds natural wonder with easy-to-hike routes that boast stunning views of Sinai’s panoramic mountain region.

There are few places more “now” than Asia, where some of the world’s busiest cities buzz with the newest in technological advances. But Asia is also home to some of the most serene and expansive natural landmarks the world has to offer. The mysteries of the past and the promise of the future are yours to explore on this massive continent.

The Great Wall: The Great Wall of China is actually a series of walls in varying states of disrepair. Construction dates back to different dynasties. While some of the most popular visitation spots lie in China’s capital of Beijing, the Great Wall can be accessed in many of China’s provinces since it’s over 5,000 miles long.

Taj Mahal: A major tourist destination but one that most everyone agrees is worth the effort to visit, the Taj Mahal imparts an otherworldly majesty. Built in the Indian city of Agra as a mausoleum for Shah Jahan’s favorite wife, most now view the Taj Mahal as an instantly recognizable landmark in Muslim art.

Arashiyama Bamboo Grove: Walk the peaceful pathways of the Arashiyama Bamboo Grove as the sunlight peaks through the mighty green stalks that envelop you. Surrender yourself to the serenity of this grove, where great walls of thick bamboo line all sightlines except for those that guide you and give you the feeling of endless passage and possibility.

Australia is massive. The vast majority of its populace lives on its coasts and in cities, leaving a whole lot of uninhabited terrain to explore in the middle. New Zealand is like the quirky smaller sibling. Both are lush with glorious views and lend themselves well to seasoned drivers.

Great Barrier Reef: Experience the beauty of the world’s largest coral reef. The reef is enormous and hosts some of the world’s most beautiful beaches. Scuba dive and snorkel to enjoy the diverse array of marine life the reef has to offer or helicopter over the crystal clear waters for a more expansive view of this Australian treasure. There’s no wrong way to experience this natural marvel.

Blue Penguin Colony: The Blue Penguin Colony in Oamaru, New Zealand, is home to as many as 130 breeding pairs of blue penguins. The colony was founded after blue penguins began to nest in what was once a rock quarry. Instead of kicking the penguins out, volunteers cleaned and transformed the space into a proper habitat that people can now visit.

Royal Botanic Gardens: Always free and open to the public, Sydney’s Royal Botanic Gardens are the oldest scientific institution in Australia. While plants from all around the world are represented, the garden is a great place to observe the diverse species of flora that are unique to Australia while remaining situated in the continent’s most prominent city.

These are the frigid areas of the earth, where many locations are inhospitable for humans. Still, because of these difficult to endure conditions, these regions present a unique experience for those who are brave enough to go. This is truly a “get away from it all” destination.

Terra Nova Hut: Terra Nova Hut is the (literally) frozen-in-time remnants of the Antarctic Terra Nova expedition that Robert Falcon Scott led, hence its nickname “Scott’s Hut.” Excavated from snow and ice and still intact after decades of being untouched, the hut exists as a symbol of both the harsh and preservational qualities of the Antarctic cold.

Stanley Harbour: This inlet, situated in the east Falklands, is marked by the shipwrecks that line its coast. The Lady Elizabeth, condemned as unseaworthy after striking a rock that destroyed its hull, now sits red with rust, contrasting calm blue waters. It’s a sight to behold firsthand.

Stromness: A place to take in the curious wildlife of the polar region, this deserted whaling village once hosted Ernest Shackleton on a notable rescue expedition. Now, however, it has become the de facto home for the many seals and penguins that roam its grounds.

A rich tapestry of urban jungles and rural landscapes, North America is a wonder to behold. The sheer variety of destinations, climates and cultures is immense. The continent offers densely populated cities, natural spectacles, cultural landmarks and so much more.

Niagara Falls: Niagara Falls, made up of three waterfalls, rests on the United States-Canada border. Travelers are welcome to choose which of the two countries they’d like to witness this natural spectacle from, but the advantage may go to Canada, which offers the best views of the Horseshoe Falls – the largest and possibly the most stunning of the three.

New York City: You can spend a whole week in just one of New York’s five boroughs and not come close to seeing everything. When you scratch the surface, you only reveal more neighborhoods, parks and attractions in need of exploring. With world-class museums, restaurants and nightlife, New York is both a city and a lifestyle. 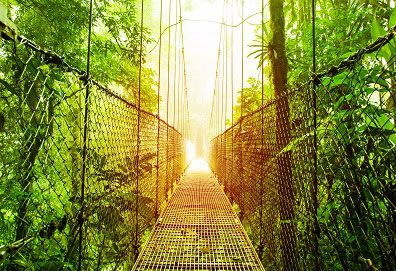 Costa Rica: The Eco-Tourist Capital of the World

The adventurous man or woman, who wants to get close to some of the most beautiful spectacles in nature while traveling solo; the daredevil cou… 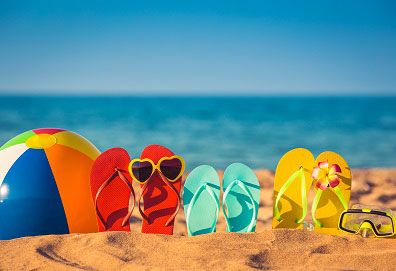 Ah – summer vacation! That time of year when families spend time together and visit new places. But if the thought of planning your next getawa… 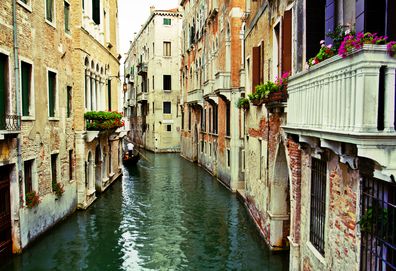 Places Around the World 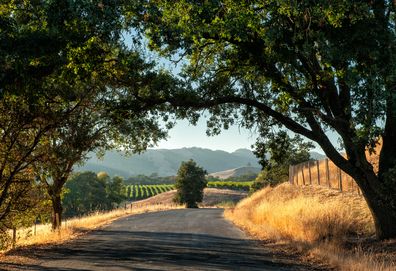 Napa and Sonoma get all the wine love in the United States and while much of it that is deserved, vacationing in one of those regions can feel …