On "30 Rock," he was the nerdy but easygoing and affable writer nicknamed Toofer (two-for-one) because he was both a minority and a Harvard graduate. But in his real life, stardom had led the actor Keith Powell to withdraw.

"I was feeling judged a lot, and I was closing off from people," said Mr. Powell, a New York University graduate.

It was 2009, and Mr. Powell was 29 and living in New York. For four years he had devoted himself to television, but when a former N.Y.U. classmate asked if he'd help with doing a workshop for her new play, he agreed to do so as soon as that season of "30 Rock" had ended production.

On his third day in the workshop, Mr. Powell arrived late, apologizing profusely. An actor he hadn't met yet blurted out playfully, "Well, you're a loser."

It was Jill Knox, and she had no idea who he was. "I never watched '30 Rock' — I was in graduate school when the show started," said Ms. Knox, who at the time had received a Master of Fine Arts degree from a joint program of Brown University and the Trinity Repertory Company.

"I thought she was really hot, but also a little nutty," Mr. Powell said of Ms. Knox. She spoke openly about her love life, her recent breakup and anything else. "The things she said were so charming and funny," he said. Much more reserved, he stuck to his side of the room.

Yet less than a week later, when he saw her waiting for a bus after rehearsal, he invited her to brunch. She suggested they go to her apartment instead, where she had a bar stocked with leftovers from a recent party. They made Bellinis as they talked about their backgrounds, their exes and what they valued in relationships.

Romance with Mr. Powell was not on Ms. Knox's mind. She was still heartbroken, and Mr. Powell was too skinny and too young for her. She was 26 at the time and was used to dating men who were much older. "I wasn't coy or sheepish or however you're supposed to be when you want a guy to like you," she said. "I was just a blabbermouth like I am normally."

Nonetheless Mr. Powell was completely smitten. "We had so much in common," he said. "And also, I realized that I needed someone like her who is a little reckless and who throws caution to the wind."

He had been going out with lawyers, and each date had felt like a cross-examination. Now, he felt drawn to this woman who was open, spontaneous and made him want to connect rather than hide.

The next day, he asked if she wanted to "hang out." He meant that he would like to take her to dinner, but that wasn't clear to Ms. Knox. Unsure of his intentions, she picked two outfits, one for a date and the other for actually hanging out. In the end she mixed them, wearing a casual sweater with stylish black leggings.

She realized it was a date when he ordered an expensive bottle of sake without consulting her. "He was such a great guy, and I'd never met anyone who listened to me like he did," she said. "But I kept telling myself that he was not my type." When he kissed her at the end of the night, she kept her eyes open, hoping he would pick up on her ambivalence.

Even so, the friendship deepened and they had a date every few days, taking turns cooking dinner for each other and meeting each other's friends.

"I don't think she would have done that if I, or her dad, had suggested it," said her mother, Gail Knox. "Keith really helped bring out her personality" — one that Mrs. Knox described as buoyant and flamboyant. "Jill is always banging around, flying around, and every once in a while you have to yank her back down."

Katrina Bowden, who played Cerie on "30 Rock" and who was married in New York this spring, said: "Jill is like a firecracker. Funny. Silly. Outspoken."

Yet Ms. Knox remained ambivalent, even as the relationship deepened. "My friends kept telling me to do whatever felt right, and what felt right was to see him," said Ms. Knox, who is now 30.

In fact, neither she nor Mr. Powell had discussed the status of their relationship. So when they first appeared together on a red carpet, for the premiere of "Night at the Museum: Battle of the Smithsonian," in which Mr. Powell, who is now 34, played a Tuskegee Airman, they were caught off guard by the inevitable questions this raised.

About a month later, she told him that she had started calling him her boyfriend. "Is that O.K.?" she asked. He said it was, and that was the extent of the conversation.

Feeling certain that Mr. Powell had approached the relationship as skeptically as she had, Ms. Knox eventually told him she was in love with him. "I know you don't feel the same way," she said. "It's fine. Don't humor me."

A few months later, Mr. Powell showed up late to a benefit gala for the Studio Museum in Harlem, where George L. Knox, Ms. Knox's father, is on the board. Mr. Powell looked terrible and clearly didn't want to be there, she recalled. He had been on the road for five days. His tuxedo was wrinkled, he had bags under his eyes and he could barely stay awake. She told him: "If you don't think you love me, you're a fool. You would not be here right now if you didn't."

He spent the rest of the evening professing that love.

"Keith was crazy about Jill," said Ms. Bowden, who noted that her cast mate had talked about Ms. Knox and her artistic talent on the set every day. "Keith was always a very grounded guy, very logical and sensible."

In 2012, after years of awards shows and elaborate, surprise birthday celebrations, the couple bought a house together in Los Angeles.

It needed a new kitchen, but that problem solved itself when they were cast on HGTV's "House Hunters Renovation." They got their kitchen and more; the show's producers told Ms. Knox they needed one final shot, of the couple having a picnic, during which she opened a "Will you marry me?" fortune cookie.

They were wed in New York on Oct. 12, outdoors at the Tribeca Rooftop, with the new World Trade Center providing a shimmering backdrop. After the Rev. Samora Smith, an Interfaith minister, joined the couple, their guests (including "30 Rock" co-stars Judah Friedlander, Maulik Pancholy and Ms. Bowden, along with Lolita Foster from the show "Orange Is the New Black") filed into a cavernous white-walled space. There they saw paintings by the bride on the tables, each celebrating a different relationship milestone.

As for the flamboyant bride, no one sought to yank her back down to earth on this night. But in her vows, a calmer, more reflective Ms. Knox spoke about finding solid footing with Mr. Powell. "You make me want to be the best version of myself," she said. "Even though it scares me." (In a good way, of course.) 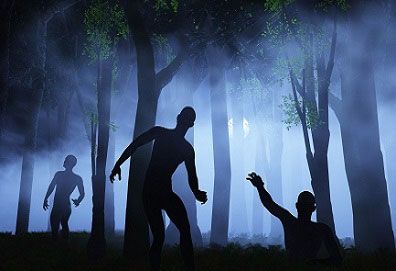 Save the Last One marked a huge turning point for Shane as he brutally sacrificed Owen to save himself and get the medicine to Carl. Now he dea… 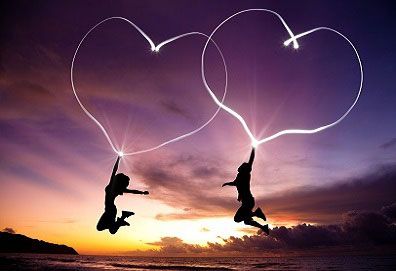 On "30 Rock," he was the nerdy but easygoing and affable writer nicknamed Toofer (two-for-one) because he was both a minority and a H… 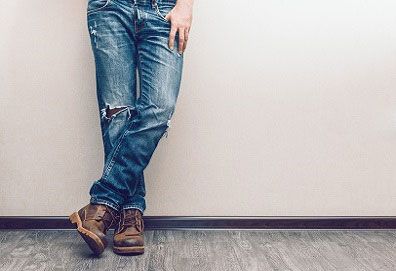 Cyclical fashion is a tale as old as time. Trends come, and trends go, but one thing will always remain true: not all trends are created equal.…